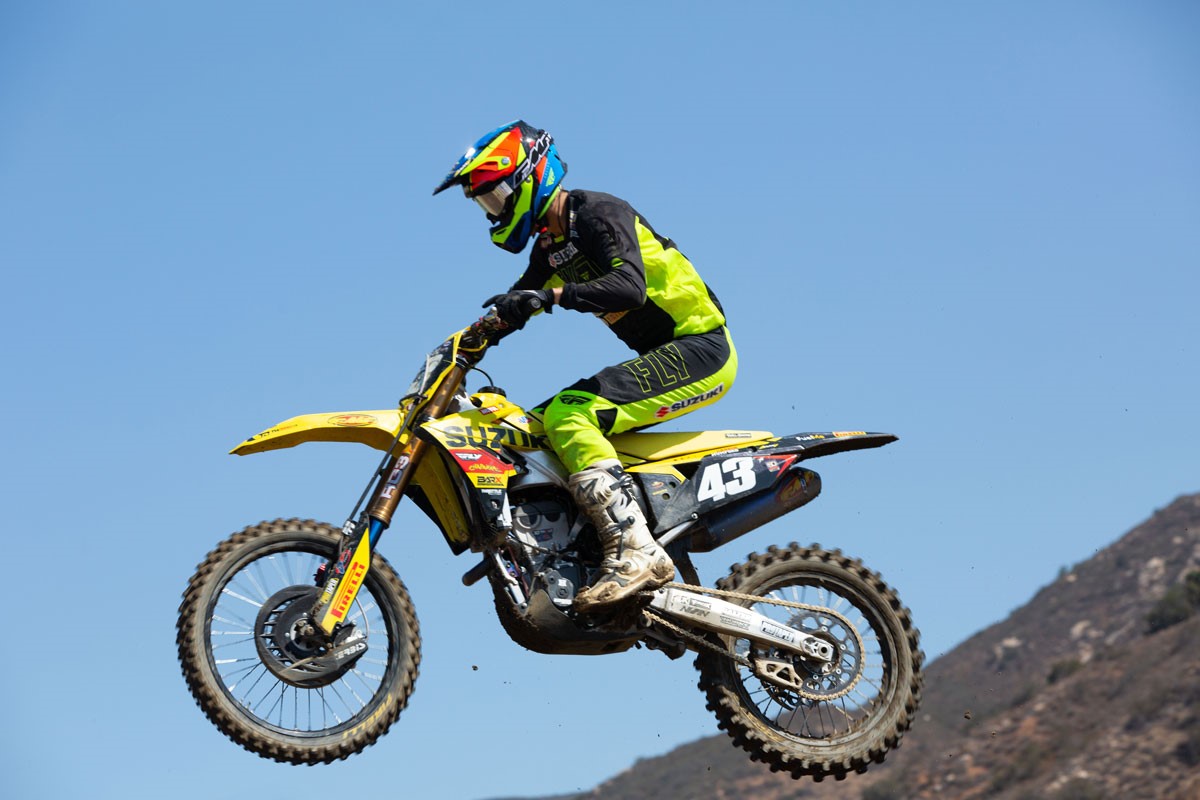 Carson Mumford (43) moved up two positions in the championship standings at the final round of the motocross season.

Carson Mumford had his BarX/Chaparral Suzuki RM-Z250 at the front of the pack during both motos at the series' second visit to Fox Raceway in 2022. Mumford nearly pushed into the top five during the opening moto battle and delivered a top ten start in Moto 2. He pulled in his third top ten overall finish along with his third top ten moto finish of the season.

"It was a great day for me," Mumford said. "I got strong starts that I was happy with in both motos. I even made good passes in the first few laps of each moto. It was hot and the track was rough, but it was fun. I rode in sixth place in the second moto for a long time and ended up tenth overall." 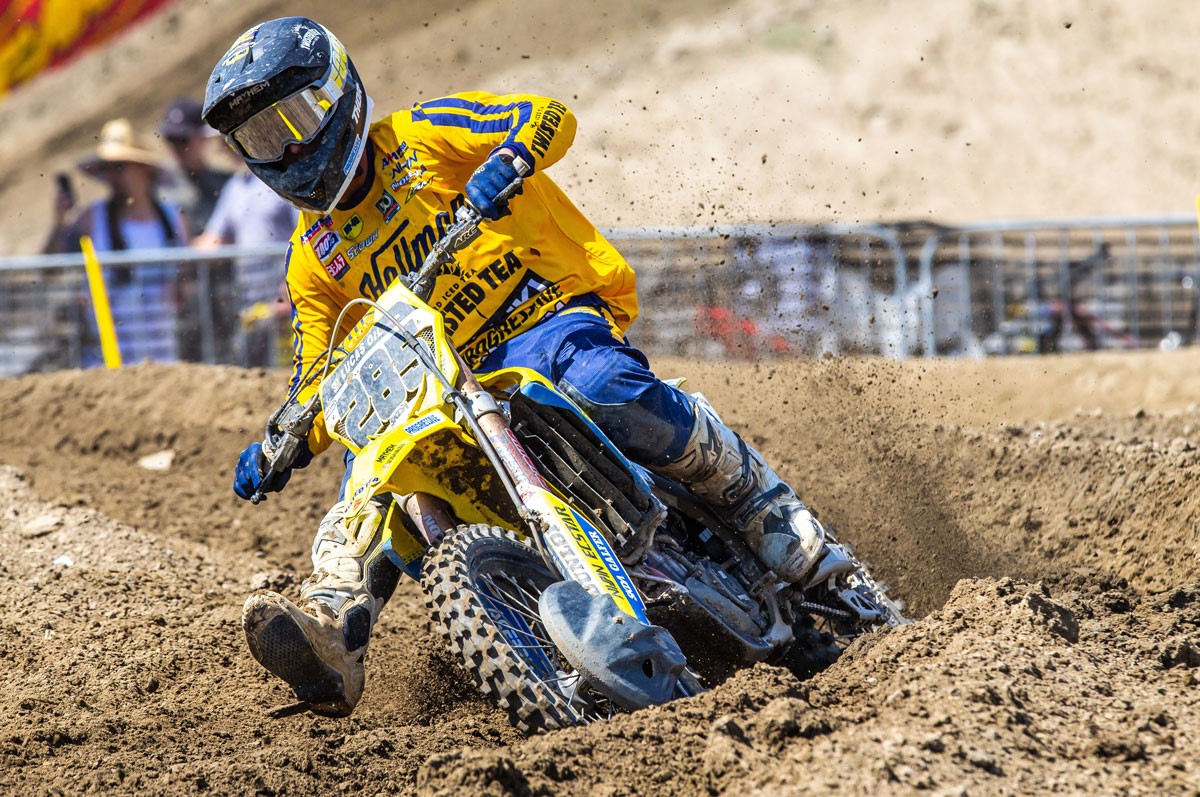 Marshal Weltin (285) was strong throughout the brutally hot day in Pala, California.

Marshal Weltin pushed through the tough conditions and got his Suzuki RM-Z450 into the top ten mid-way through the opening moto; he held on for a strong result in each moto. After joining the team midway through the season, Weltin landed his Twisted Tea Suzuki into the top fifteen in the 2022 final season standings.

"The way the track was prepped made it really difficult with a lot of ruts and bumps. I think it was the hardest track of the year and surely those were the most demanding conditions," reported Weltin. "I feel the team and I have made great progress all year and I really enjoy working with them. I'm really thankful to be part of the Twisted Tea Suzuki team and I want to give a big shout out to the Pipes family for making me feel like family all year and giving me this opportunity." 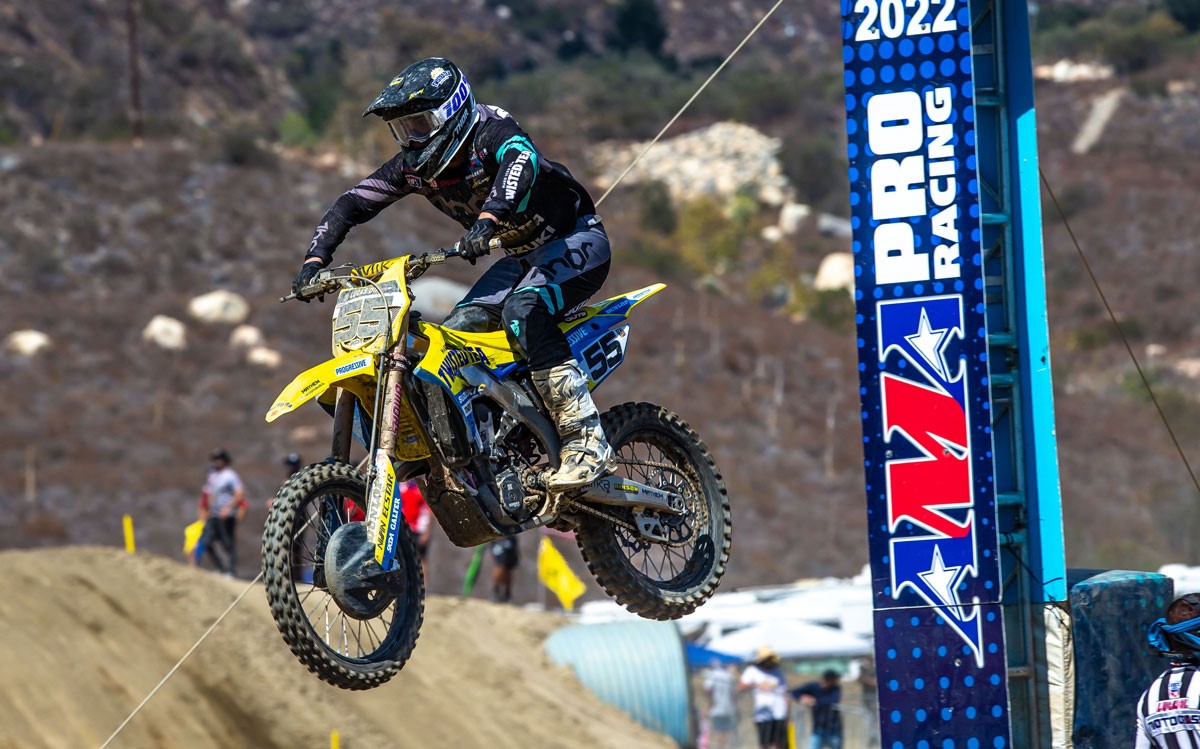 Justin Rodbell (55) was smooth and looked comfortable in the deep ruts on his Suzuki RM-Z450.

After only two races with the Twisted Tea Suzuki team, Justin Rodbell looked great on the Suzuki RM-Z450. He spent much of the first moto battling inside the top ten. Rodbell used the final round to move up another position in the championship standings.

"It was a good day," said Rodbell. "I just didn't execute in that last moto. Unfortunately, I was just a little dehydrated at the end. But that's life, just keep rockin' and keep on moving. I want to say think you to the Twisted Tea Suzuki team for giving me this opportunity." 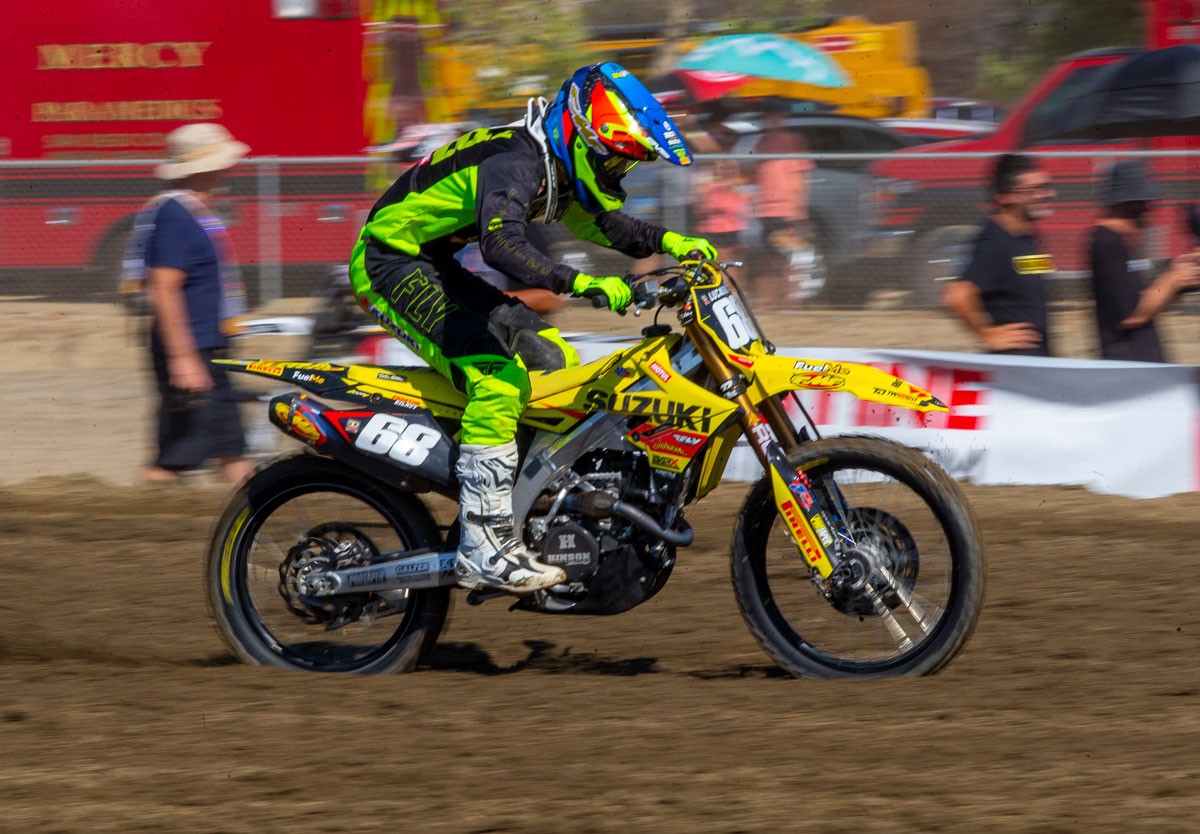 Preston Kilroy (68) put the fight to his competitors with his BarX/Chaparral Suzuki RM-Z250.

BarX/Chaparral Suzuki's Preston Kilroy again showed speed beyond what his sophomore season-level of experience would suggest. Unfortunately, the deep ruts reached out and bit him in the second moto; it prevented him from delivering on the points-paying position he'd reached.

"This track was brutal, and it was very difficult to not make mistakes; unfortunately, I made some in both motos," Kilroy told. "In the first moto, I didn't get a very good start and crashed twice. In the second moto, I got off the line better but then crashed three laps in. I got going again and unfortunately, hit a rut and it ripped my chain off and bent my chain guide, and that was the end of my day. I definitely made a lot of progress this season and I'm excited for a little break!" 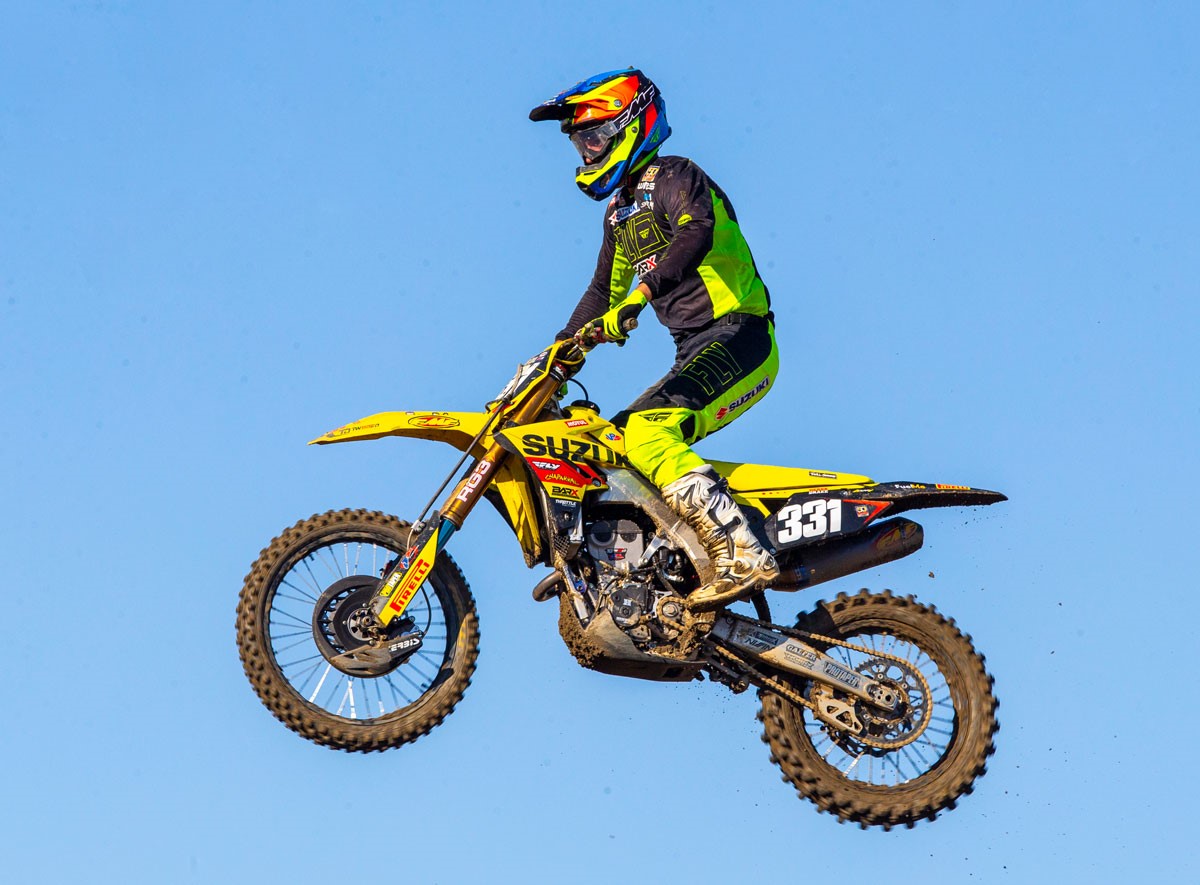 BarX/Chaparral Suzuki's Derek Drake ran up front in Moto 1 after a powerful drive off the gate. He ran inside the top ten early in the moto amid a 250 class that's grown deeper through the season.

"I had a good start in Moto 1," Drake reported. "My body just wasn't cooperating with me to be able to run that pace for the whole moto. Then I didn’t have enough energy to ride the second moto."

"Triple-digit temperatures mean the crew and the riders were both suffering out there," said Twisted Tea/H.E.P. Motorsports/Suzuki Presented by Progressive Insurance Team Manager Dustin Pipes. "Both Justin and Marshal showed tremendous heart. Marshal narrowly missed out on another top ten finish. I'm glad everyone got out healthy and now we can start prepping for our 2023 campaign."

The Suzuki riders and team members celebrate a great 2022 motocross season that held some incredible high points. The preparation starts soon for the upcoming off-season and international races and then onward to the 2023 supercross season that's set to kick off more incredible action next year.