Brea, CA (July 18, 2022) – The Suzuki riders were strong across the board at Spring Creek MX in Millville, Minnesota at the seventh round of the 2022 AMA Pro Motocross Series. Carson Mumford was spectacular in his second race back, delivering top ten points aboard his BarX/Chaparral Suzuki RM-Z250. Preston Kilroy achieved a season-best moto and overall result with his BarX/Chaparral Suzuki RM-Z250, and his teammate Derek Drake pulled championship points aboard his RM-Z250. 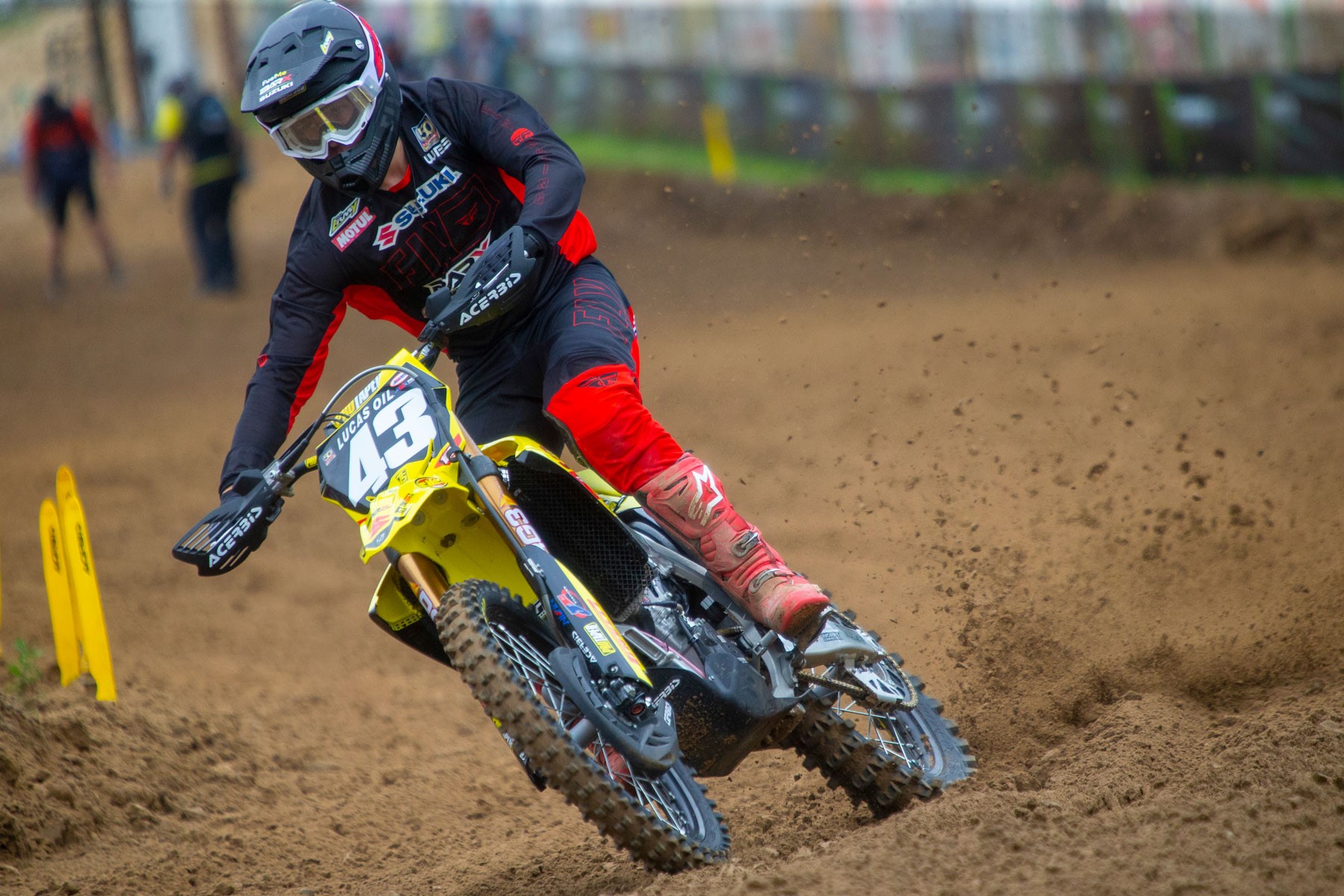 Carson Mumford (43) wasted no time getting up to speed in the 250 class.

In only his second race after returning from injury, BarX/Chaparral Suzuki's Carson Mumford was back in the battle up front on his Suzuki RM-Z250. After getting a top ten start, the young racer earned a top ten finish in the second moto, grabbing enough points to cap the day with a top ten overall finish.

"It was a rather good day for me," said Mumford in an understatement. "I came in kind of sick and not feeling well, but I dug deep and was determined to use the rough track to my advantage. My Suzuki worked great all day! 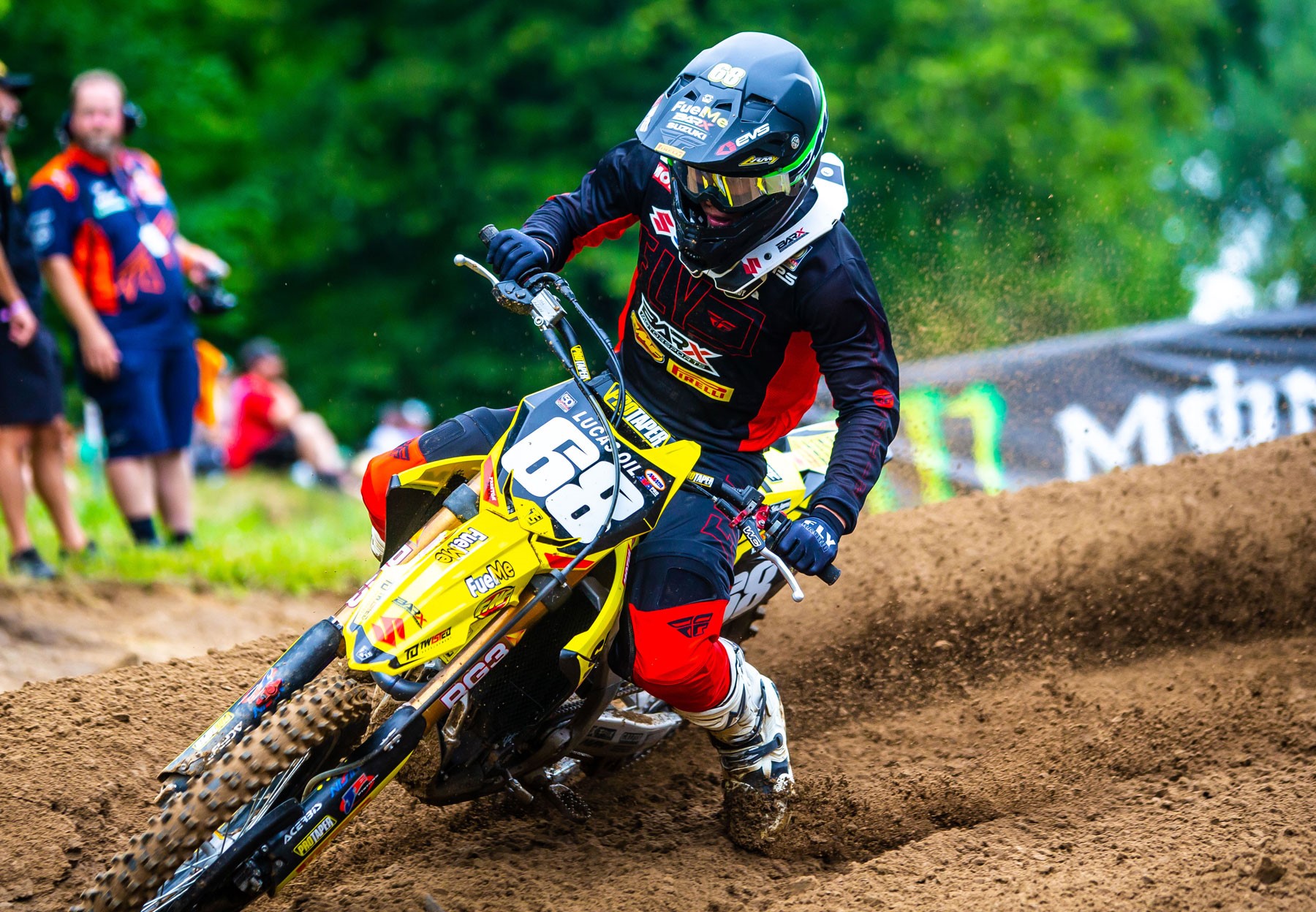 Preston Kilroy (68) had a great start in the second 250 moto. He was the fastest rider to the entrance of the first corner and inside the top three at the holeshot stripe.

Preston Kilroy put his BarX/Chaparral Suzuki RM-Z250's power to good use and claimed his season-best moto and overall finish. Kilroy earned enough points to leap three positions up in the championship standings.

"Spring Creek was a fun one!" exclaimed Kilroy. "I felt a lot more comfortable on the bike this weekend and the team has been making improvements every week. Moto 1 was pretty strong, but I made a couple of mistakes that cost me. In Moto 2 I was able to nail my start and almost grab the holeshot, but then I rode a little tight. I was able to get my best moto finish so far this year and my best overall, but I'm still hungry for more."

Brandon Hartranft (41) was fast and strong on the steep hills and deep sand of the challenging Minnesota track.

Brandon Hartranft used consistency over both 450 class motos to match his season-best overall result of 2022. The strong athlete used all of his Twisted Tea Suzuki's horsepower for the steep climb up the track's legendary Mt. Martin.

"I felt much better all day long. I liked the track a lot; it was actually more hardpack than normal this year," said Hartranft. "In qualifying one I was eleventh and in the second qualifier I was fifteenth; the riders from eighth through about seventeenth were all on the same second. We had some close racing. In Moto 1 my start was not good. I got into thirteenth then started pumping up. I started battling with another rider and that actually helped with my arm pump. My Moto 2 start was even worse. Then I fought super hard to move up. I feel like I rode really well, and we ended up eleventh overall, so all-in-all it was a good weekend. The 450 class has some heavy hitters, so it feels great beating some guys and getting eleventh, but I really want to be top ten." 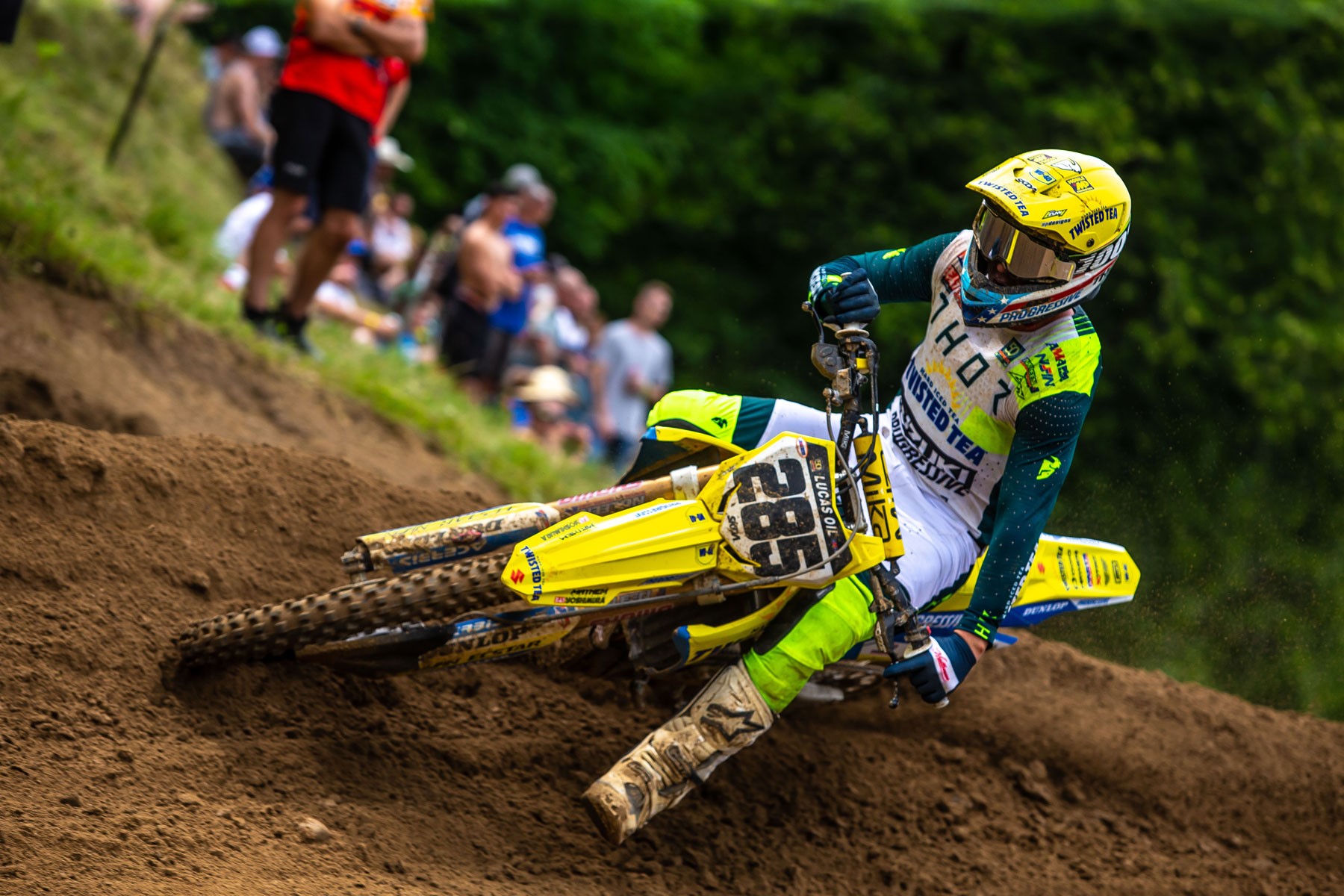 Marshal Weltin was up to pace and held strong through two grueling motos on the demanding Millville track. He battled inside the front group and left Millville with a strong handful of points towards the championship standings.

"I really enjoyed the track all day. The Martin family does a great job with track preparations and making sure everything's on point." Weltin then described the on-track intensity. "I had a few good battles with my teammate Brandon Hartranft and also with Alex Martin, so it was cool to battle with Alex in his last race at Millville before retiring from the sport. We're pretty good buddies so it was cool to have a good, clean race with each other. I ended up going 14-15 on the day for sixteenth. I'm definitely still searching to gain a few more positions forward, but overall, I’m happy with being consistent and staying off the ground."

Derek Drake (331) was fast on the challenging track aboard his BarX/Chaparral Suzuki RM-Z250.

Derek Drake earned more championship points at round seven to deliver a top 20 overall finish. A couple laps into the second 250 moto the red flag came out for the racers. The moto was given a complete clock reset and re-start, which unfortunately did not work in Drake's favor.

"My first moto was okay. I came from way far back up to fifteenth," Drake told. "In the second moto the red flag zapped my energy and I had nothing in the tank. The track was fun and challenging and I'm looking forward to Washougal!"

"Spring Creek did not disappoint," declared Twisted Tea/H.E.P. Motorsports/Suzuki Presented by Progressive Insurance Team Manager Dustin Pipes. "The mechanics did a great job making sure Hartranft and Weltin were dialed in all day. Brandon was very consistent with thirteenth place in both motos for tenth overall. Marshall struggled in the first moto getting back on pace after a near get-off, but his final moto was really good. He finished sixteenth overall. You can expect to see these guys push for better starts and stronger results in these final five rounds."

The teams travel next to the Pacific Northwest where they will battle among the pines at the scenic Washougal MX track in Washougal, Washington. The Suzuki race bikes and athletes are ready to take on any track conditions and all competitors as they continue their strong motocross seasons.