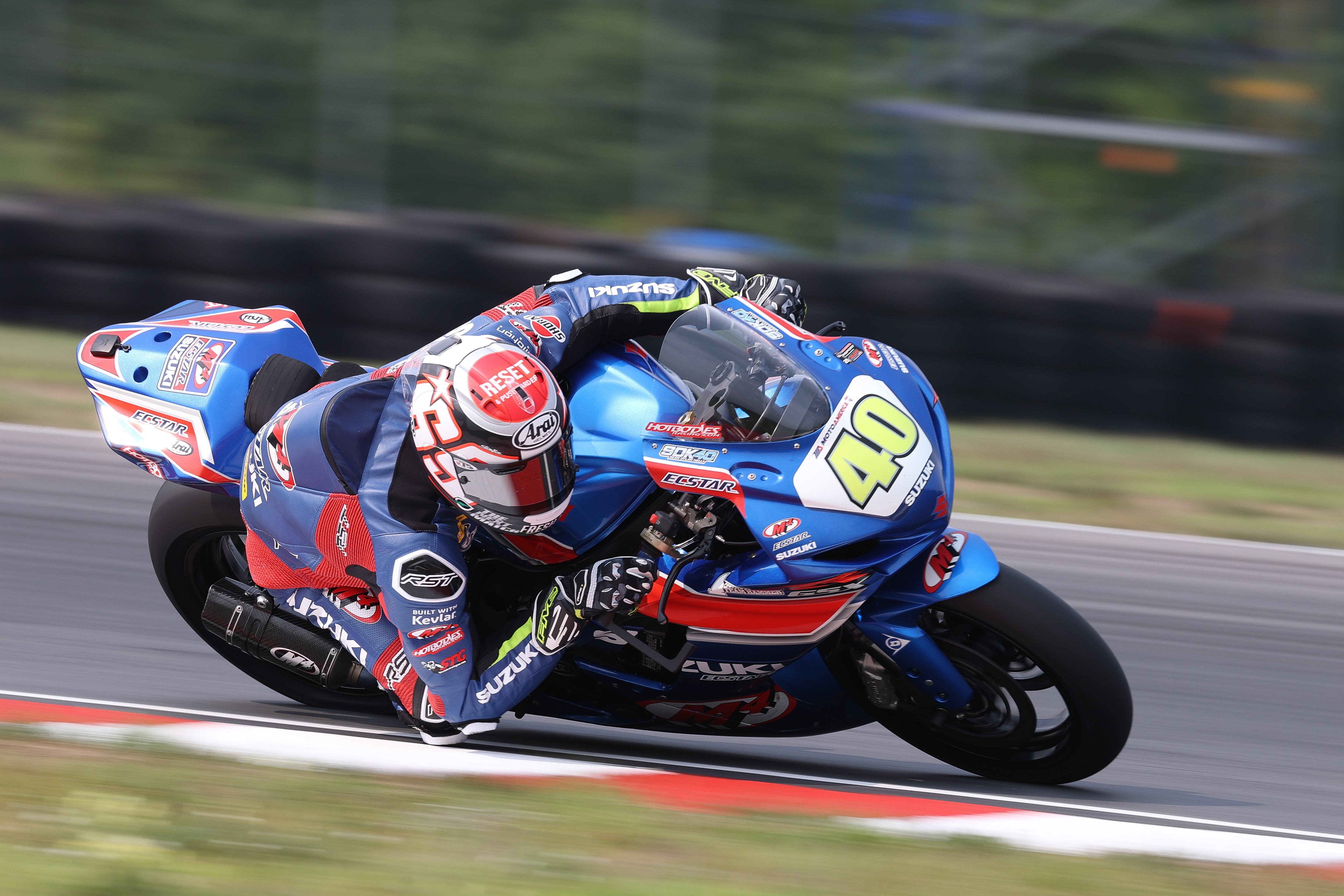 M4 ECSTAR Suzuki’s Sean Dylan Kelly continued to build his season points lead in MotoAmerica's Supersport Championship. The 19-year-old Floridian scored his ninth victory of the ‘21 campaign, including the last six in succession.

‘SDK’ continues to show his ability to win in varying fashion, keeping his rival tight behind his Suzuki GSX-R600 on Saturday, and then pressuring from second throughout much of the race on Sunday. Kelly now has a strong 61-point lead with six races left.

“Sunday’s race was even tougher than Saturday’s,” Kelly said. “We were able to hold on and went head-to-head for a few laps for the lead. I made a little mistake, and he pulled a little gap, but we kept the pressure on and that’s part of winning.

“I think we are doing things the right way, and we’re going to keep on working. I’m super stoked with my GSX-R600 and the entire M4 ECSTAR Suzuki team. My guys are working so hard and always believe in me.” 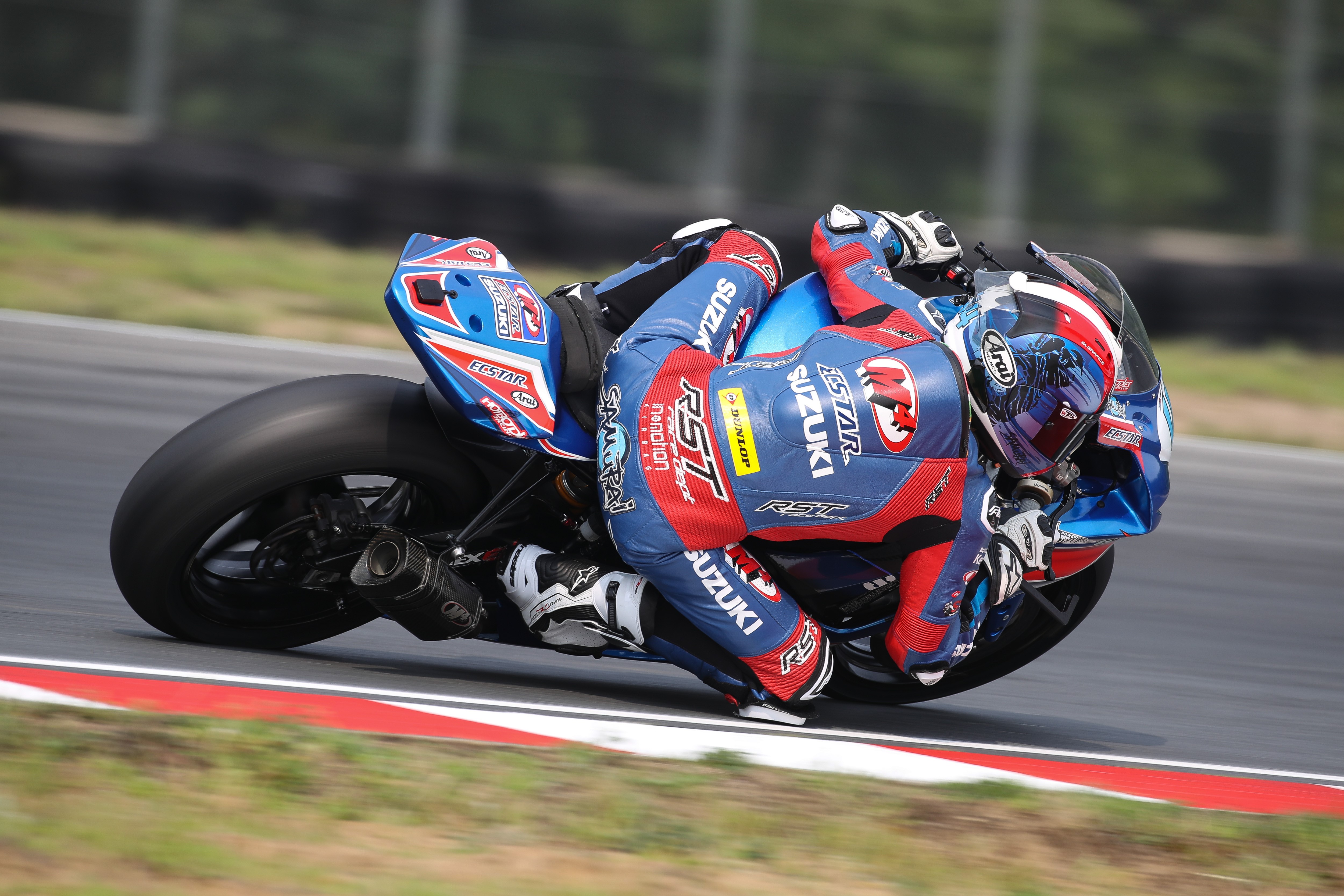 Kelly was twice joined on the podium by Team M4 ECSTAR Suzuki teammate Sam Lochoff, who continues to show rapid improvement in his rookie MotoAmerica Supersport season. The South African turned consistent laps into a pair of thirds, upping his 2021 tally to three podiums. 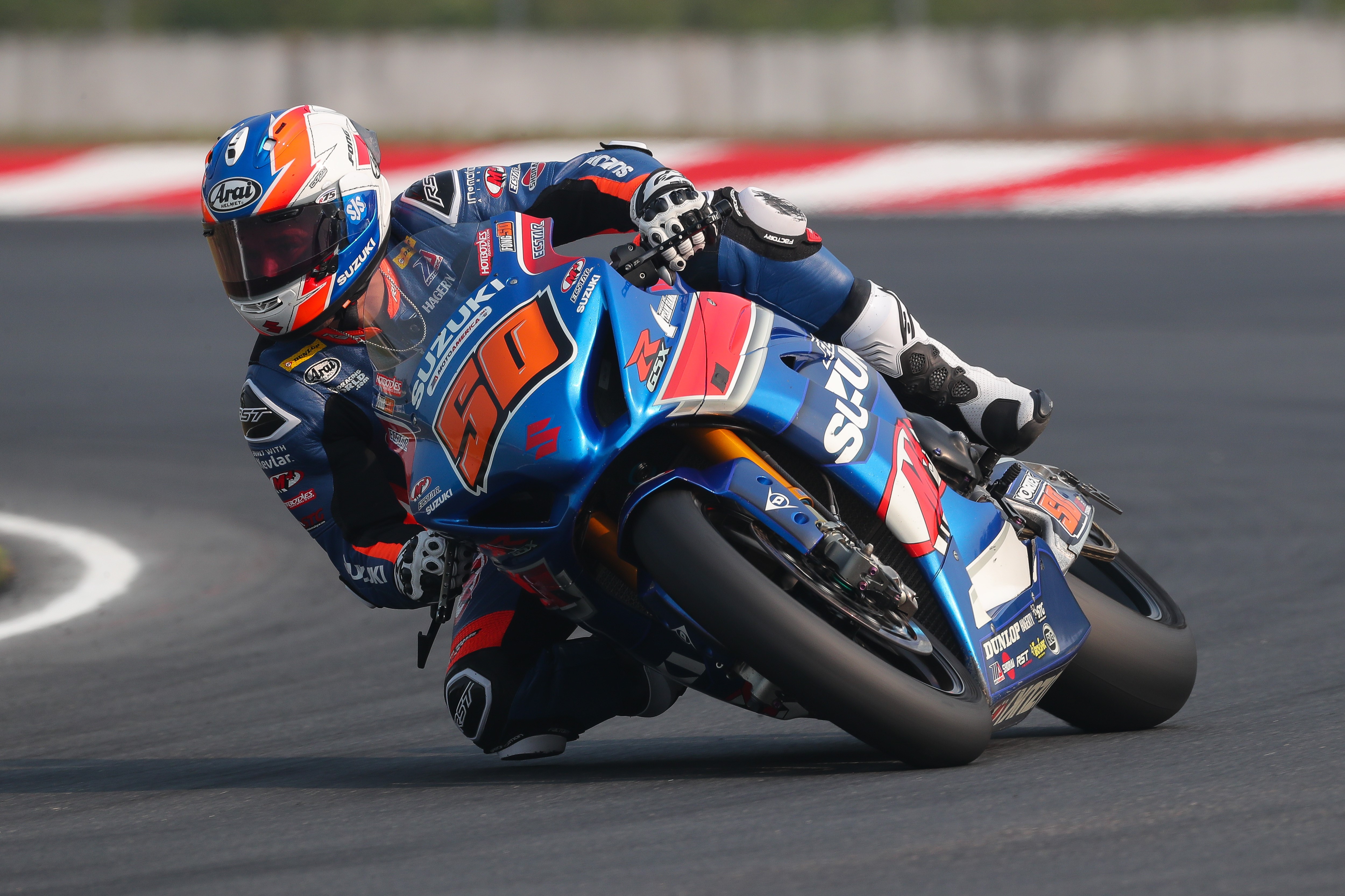 Bobby Fong (50) looked strong with a solid second place finish on his Suzuki GSX-R1000R on Saturday.

M4 ECSTAR Suzuki’s talented Superbike duo of Bobby Fong and Cameron Petersen were very much in the mix as well. Fong looked set to repeat his Saturday second with another runner-up on Sunday, but an off-course excursion dropped him several positions down the order. Undeterred, Fong fought his way back up to fourth. 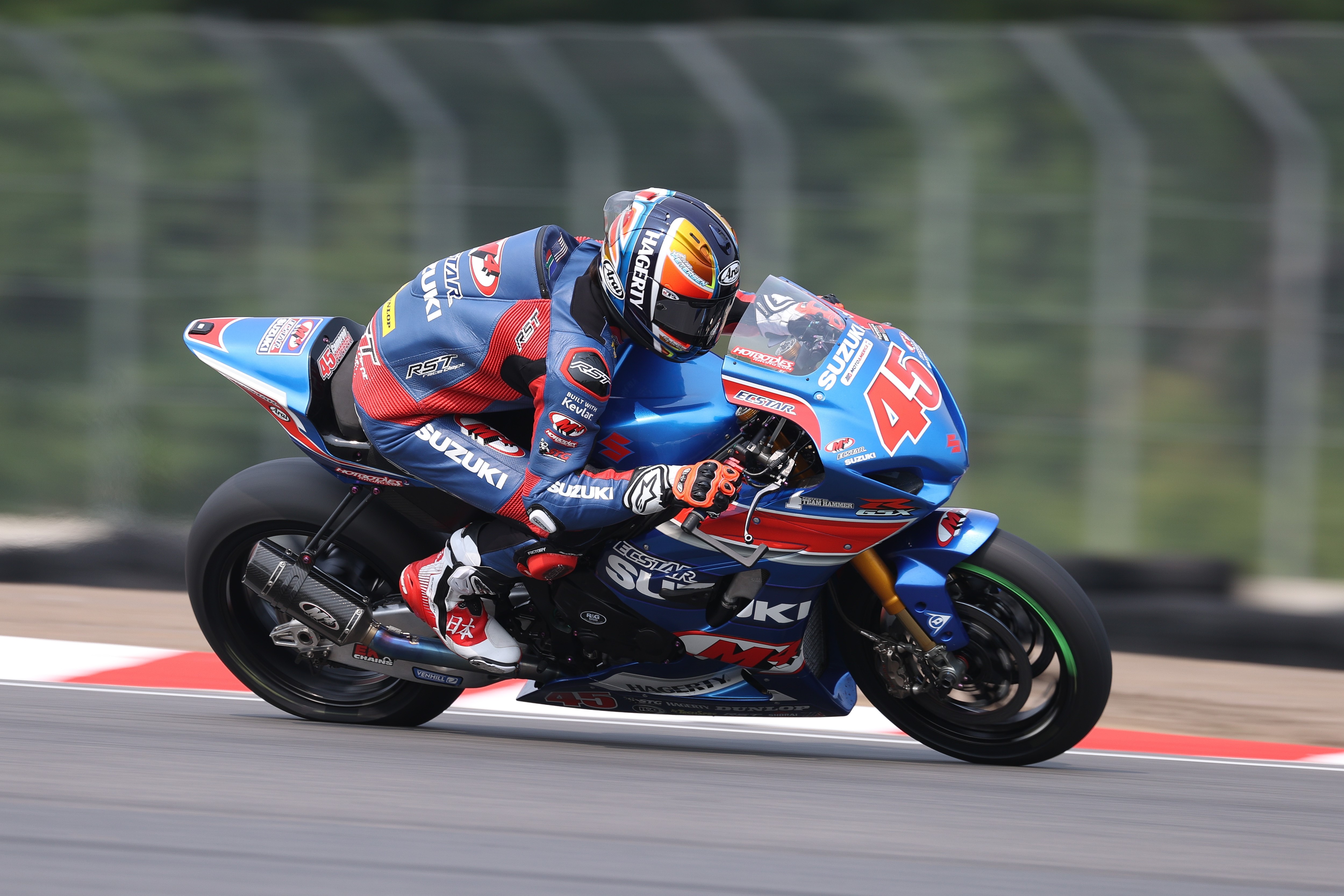 Petersen, meanwhile, was twice in the fight for the podium before ultimately logging fourth- and fifth-place results. 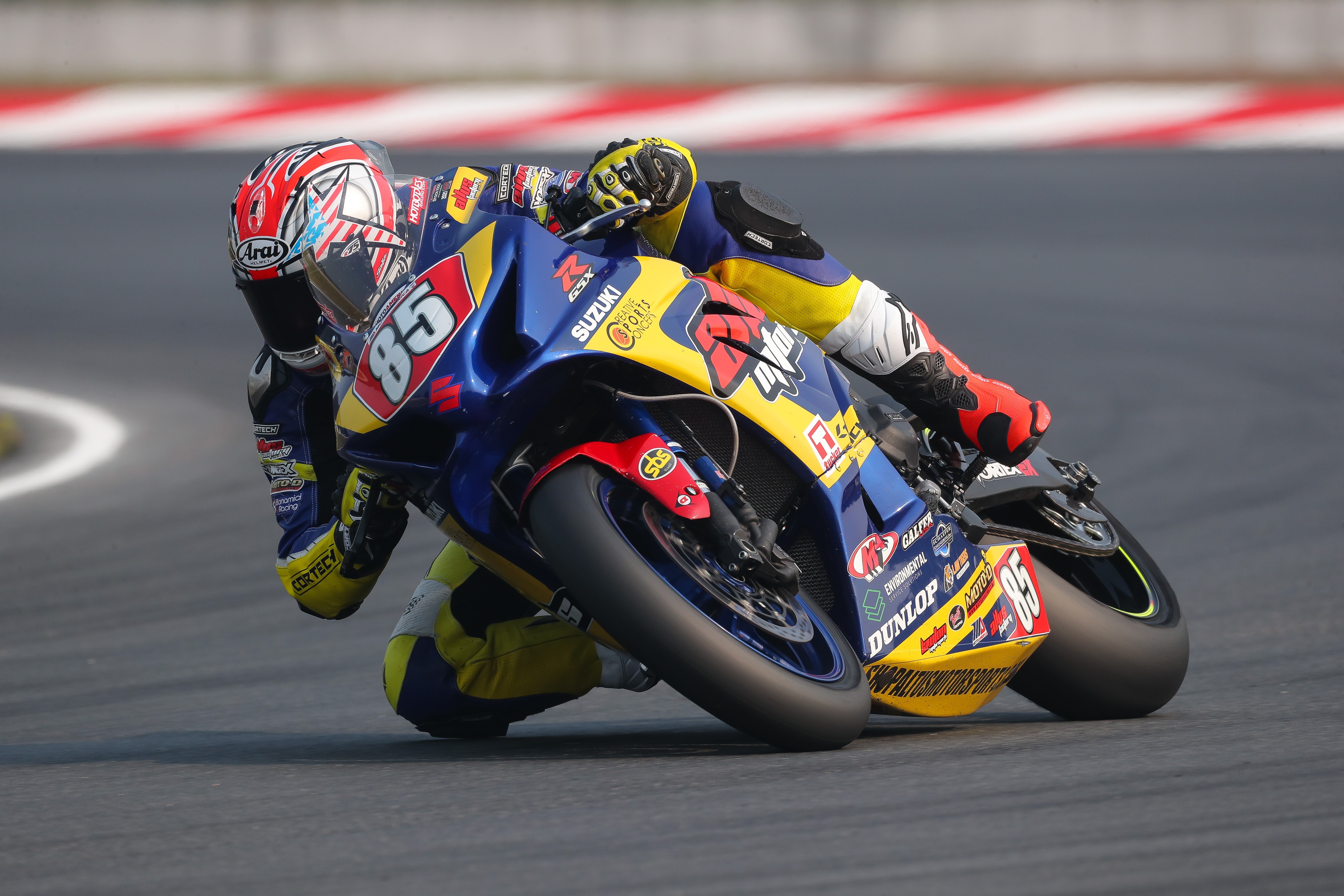 Jake Lewis (85) took another decisive win and with that, the lead in the Stock 1000 Championship.

“Honestly, the race was picture perfect,” Lewis said. “I ran in second for a few laps and then decided to drop the hammer. Hats off to the whole team. The Suzuki GSX-R1000R has been incredible. I feel really good mentally and physically. It feels great to win like that, going away.” 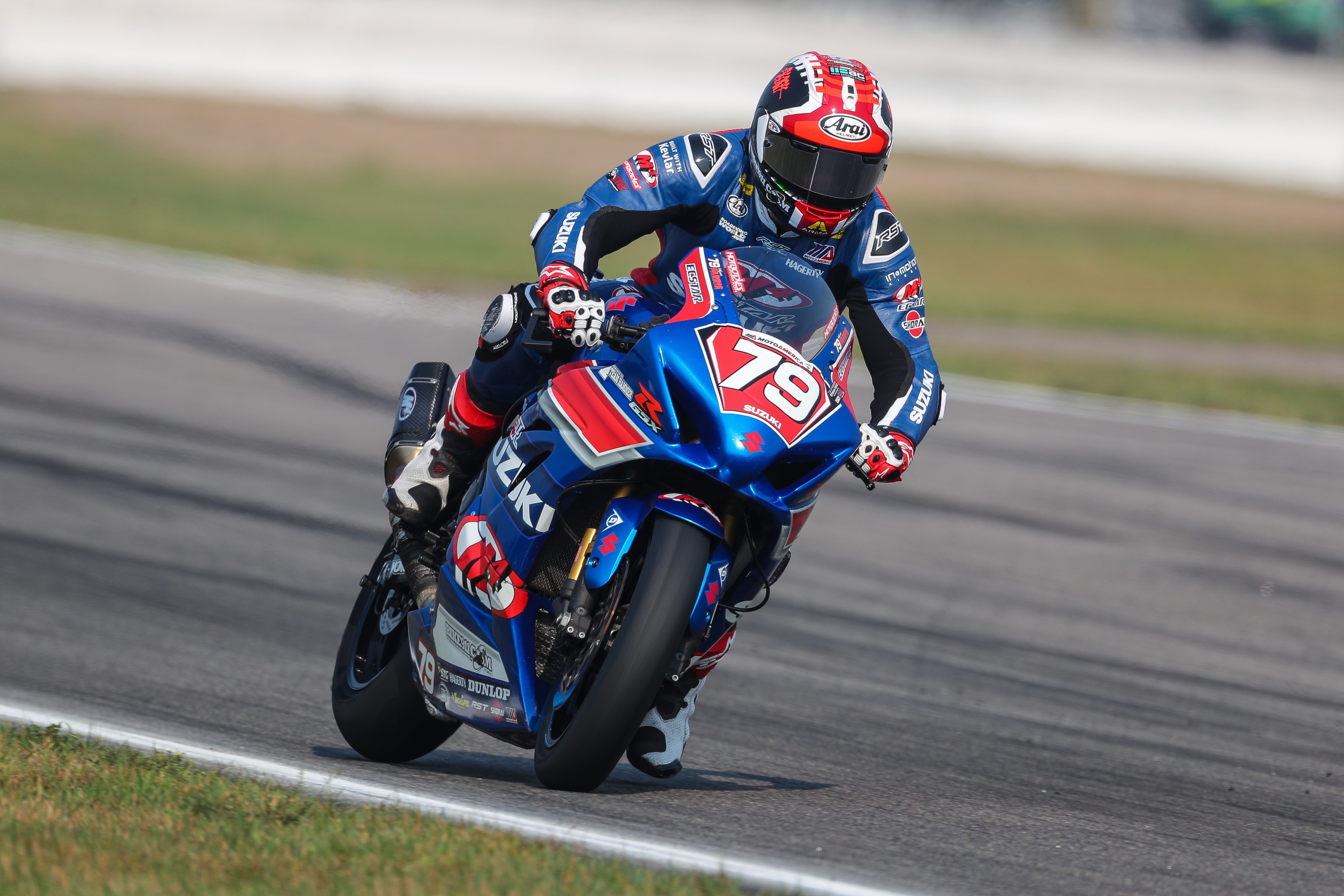 Suzuki and Team Hammer will be back in action at Pittsburgh International Race Complex on August 13-15.